Vaccinations — Critical Information
Because the following material is so important, it is presented in several places on the srdogs site.  Your dog’s life may depend on it.  Although research is still being done on the adverse effects of vaccinations and the obsolescence of the practice of revaccination, much anecdotal evidence has been collected to support the warnings presented here.  We advise you to avoid revaccinating your dog until you have read this material.

We were shocked to note recently that, despite a change in the law and growing evidence that annual vaccinations are not necessary, many vets refuse to give up the practice because it creates an income stream for them — despite the data showing that, in many cases, annual vaccinations can actually be detrimental to a dog’s health. We noted, in particular, this alarming incident reported by Dr. Bob Rogers, a veterinarian who has received an award for his work to educate consumers about vaccinations:

“Dr. Bob Rogers hired a Chicago based law firm and initiated a class action suit for pet owners who were not given informed consent and full disclosure prior to vaccination administration. His article entitled ‘The Courage to Embrace the Truth,’ states, ‘While attending conferences like WSVMA and NAVMC, I have asked over 400 DVMs from various parts of the country if they attended the seminars on New Vaccination Protocols. I was told by all but one, ‘I don’t care what the data says; I am not changing.’ One DVM here on VIN even said, ‘I am not changing until the AVMA makes me change.‘ ”

The growing body of evidence against annual vaccination is being collected by two world-renowned giants of veterinary vaccine research — Dr. W. Jean Dodds of Hemopet and Co-Trustee of The Rabies Challenge Fund and Dr. Ronald Schultz of the University of Wisconsin School of Veterinary Medicine. These veterinarians have been volunteering their time over the course of many years to ensure that critical 5- and 7-year rabies challenge studies are conducted in the United States. The studies are being financed by The Rabies Challenge Fund Charitable Trust, a tax-exempt organization founded by pet vaccine disclosure advocate Kris L. Christine of Maine in 2005.  Kennel clubs and private individuals are donating to support the research.

Dr. John Robb, a veterinarian and founder of protectthepets.com, is a leader in the field of the responsible administration of vaccinations.   Through the directions he provides, you can obtain titers for your dog at a reasonable cost.  He is a proponent of appropriate dosing of vaccinations, noting that a small dog should not receive the same amount of vaccine as a large dog, and observing that the reason small dogs often have more severe negative reactions to vaccines could clearly be correlated with the dose they receive.

Effectiveness of Rabies and Other Vaccinations May Last Much Longer than Assumed….Annual Boosters May Do More Harm than Good
Due to the incidence of illnesses in companion animals that have been linked to vaccinations, the practice of giving annual vaccinations began to come into question many years ago. A protocol from Colorado State University, which is based on solid scientific research, advised some time ago that vaccinations be given only every three years (except rabies, which depends on state laws). A quote from the protocol: “We are making this change after years of concern about the lack of scientific evidence to support the current practice of annual vaccination and the increasing documentation that over-vaccinating has been associated with harmful side effects. Of particular note in this regard has been the association of autoimmune hemolytic anemia with vaccination in dogs and vaccine-associated sarcomas in cats — both of which are often fatal.”

Most recently, the research indicates that dogs over 10 or 12 years of age should not be vaccinated because their immune system can be compromised, and also, by the time they are that age, they have received adequate protection.  If a state mandates by law that every dog be vaccinated against rabies, then it is possible to limit vaccinating older dogs to once every three years. This means, in many cases, that a dog over the age of 7 years should NOT be given any type of vaccination or revaccination.

The vaccine package should carry the warning that it is to be administered only to healthy animals. Thus, if your dog has a systemic ailment or disease (e.g., cancer), your dog SHOULD NOT receive any vaccination at all. In some states, you can have your dog exempted even from rabies vaccinations by obtaining a letter from your veterinarian stating that your dog’s health does not allow it.

Another extremely important precaution to take:   a rabies shot should not be given at the same time as any other vaccinations.

Also important to note is that small dogs (under 20 lbs.) are generally more prone to adverse reactions to vaccinations.    One of the reasons may be that the same dose is given to dogs of all sizes.

Antibody titres — blood tests that detect the presence of antibodies to diseases — can be performed to determine antibody levels. However, a low level of antibody does not necessarily mean that the dog is not protected. Another problem with titres is that different labs have been known to report radically different results when testing the same blood specimen. Read further information about titering…..

We all want our pets to be safe from infections and potentially fatal diseases. However, yearly vaccinations as recommended by vaccine manufacturers are not based on any studies showing their necessity.  In fact, as the Rabies Challenge Fund research and other studies noted in this article show, an animal’s immunity to disease is NOT enhanced by re-vaccination and, given that all vaccinations have the potential for side-effects, can actually be harmful to an animal. Read more about vaccinations and their potential harmful effects at Lifelong Immunity and also at Rabies Challenge Fund.

More information on how to safely vaccinate (or avoid revaccination) at:

The Dangers of Heat 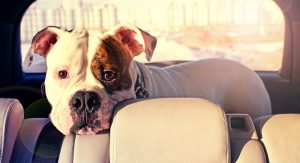 Adjust your own and your dog’s activity level when the weather is warm.  For all dogs, but especially for seniors, a hot day means shorter, slower walks and more resting in the shade or in an air-conditioned room.  Provide lots of access to fresh cold water — in several locations that are easily accessible.  And, of course, NEVER leave any child or any dog unattended in a locked car — even when it doesn’t seem that warm outside.  According to Consumer Reports, “Parents and others must remain vigilant about the ongoing danger of children and pets dying in hot cars. With many families working from home and practicing social distancing, new tactics will need to be implemented to prevent these tragedies. And as we anticipate that public health measures will remain in place through the summer, it’s important to remember that hot car deaths can be a four-season threat in some parts of the country.”

Pet food, treats, and toys, etc., are recalled all the time, due to health and safety issues.  Up-to-the-minute information on recalls is now available via an app that enables you to,  “Search all pet-related recalls from the FDA, American Veterinary Medical Association®, and Animal Health Foundation. Our list is updated daily and includes toys, meds, and equipment recalls — not just foods.”  Click here to access the app.

Summer Fireworks Can Be Disastrous for Dogs!

Dogs’ sensitive hearing and their flight reaction to startling noises can cause panic and distress for them.  Shelters take in an increased number of runaway dogs when fireworks are set off in the community.  If fireworks are being set off nearby, keep your dog at home with you, hunker down in a quiet space (perhaps a room with the air conditioner running), and 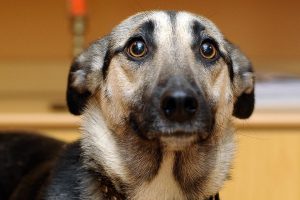 surround yourselves with familiar objects and yummy foods.   If you need to take your dog out, use a sturdy harness and strong leash, and be sure the name tag showing your contact information is up to date.

The Centers for Disease Control states that, “At this time, there is no evidence that animals play a significant role in spreading the virus that causes COVID-19. Based on the limited information available to date, the risk of animals spreading COVID-19 to people is considered to be low.”  For more information visit the CDC website.

Rimadyl, Etogesic, etc. — can increase the risk of infection and delay wound healing!! —

For in-depth information, including other warnings, see the page on Rimadyl and other NSAIDs.

What is a “Client Information Sheet”?

Anytime your veterinarian prescribes medication for your dog, the office should also give you a “Client Information Sheet” (CIS) that explains the purpose of the drug, its intended benefits, and its possible negative side effects.  The CIS is different from the package insert and is an important ally to you in protecting your dog’s health.  Be sure you obtain a CIS on any occasion that your veterinarian prescribes a drug for your dog.  More info here.

Revaccination for Rabies — can it harm your senior dog……? 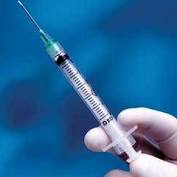 hould your senior dog be revaccinated for rabies?  Read about the dangers and how to assess them for your senior

Can the use of a collar hurt your dog’s neck and cervical spine and cause health problems?