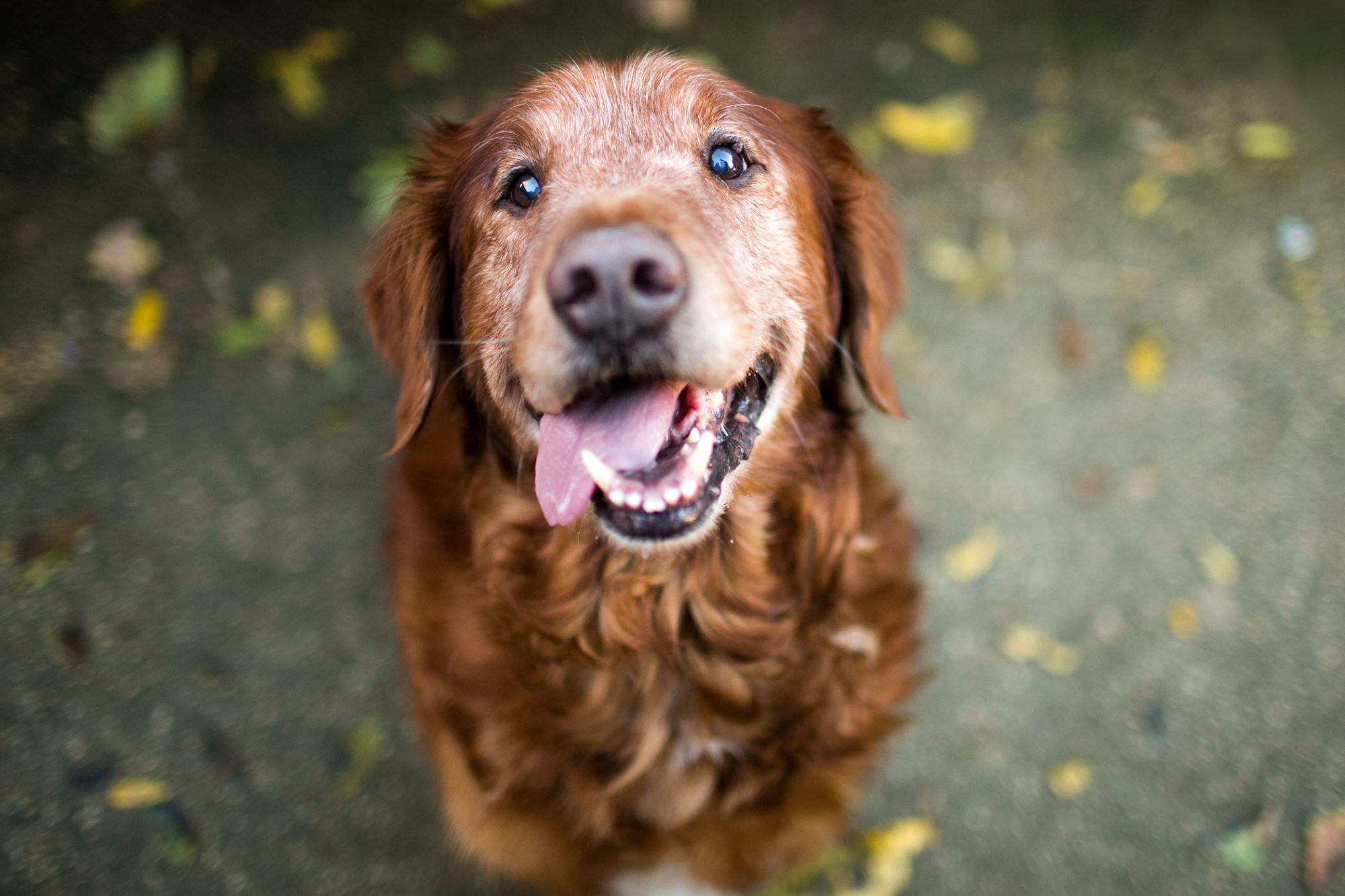 When we asked the woman who wanted to "get rid of" her 14-year-old Golden Retriever why she felt it was necessary, she explained that it was a matter of convenience. She was moving from her house into an apartment, and she would have to walk the dog rather than simply let her out into the garden as she always had at her house. No, she herself was not old or infirm. No, it was not a question of money. She told us she couldn't take much time to talk because she was extremely busy packing. Besides, she said, she didn't think the dog would live much longer anyway and she wanted to "get rid of her" as soon as possible.

Advancing age is a significant disadvantage in the "civilized" and "westernized" nations of the world, whether it appears in a dog or in a person. When the "youth cult" is added to the "throw-away" mentality of our society, the result is that little thought is given to preservation or conservation, and little patience is applied to making possessions or relationships last. If it's deemed "old" or broken, obsolete or unattractive, it's put on the trash heap. When it comes to dogs, we see heart-breaking examples of this mentality, in many cases because people think of a dog as a disposable possession rather than a companion with whom they are in a relationship. And, of course, even if there is a relationship, if it becomes inconvenient, well, then, why not just end it?

Triage at the shelter: If you are a dog lover and visit a shelter, it's bound to be the older and therefore "less desirable" dogs that break your heart the most. You know that the puppies have a fighting chance of being adopted because they are cute, cuddly and irresistible.  You also know that, if the shelter runs out of space, it's the older dogs who will be out of luck.  The shelter's reasoning is that, since old dogs are the least likely to be adopted, space in the shelter is best used for the younger, more appealing dogs.

Questioning the current state of affairs:Although many shelters are changing their attitudes toward older dogs, there's a basic assumption that it's okay to kill the dogs who don't find homes before space at the shelter runs out.  According to statistics published by the Humane Society of the United States in 2017, "Of the 3 million cats and dogs euthanized in shelters each year, approximately 2.4 million (80%) are healthy and treatable and could have been adopted into new homes."

Why is this euthanasia rate okay?  Why is it that our taxpayer dollars are spent killing adoptable animals while breeders continue to create more population and an entire, money-making industry exists to bring more companion animals onto a planet already overcrowded with them?

A throw-away society is no place for the loyal and wonderful canine species. But we believe that society can be changed by opportunities to demonstrate compassion. A dog can bring out the best in people; a dog unwanted because of age reaches to the very depths of human kindness and compassion. We believe that the more examples there are of compassion around us -- whether toward our outcast dogs or fellow-humans -- the better will be humanity's chances for peaceful survival.

"Blessed is the person who has earned the love of an old dog." Sidney Jeanne Seward

“Always hold firmly to the thought that each one of us can do something to bring some portion of misery to an end.” Author unknown

“The assumption that animals are without rights, and the illusion that our treatment of them has no moral significance, is a positively outrageous example of Western crudity and barbarity. Universal compassion is the only guarantee of morality.” — Arthur Schopenhauer, German Philosopher

“A man is truly ethical only when he obeys the compulsion to help all life which he is able to assist, and shrinks from injuring anything that lives.” — Albert Schweitzer, Alsatian Theologian, Musician, and Medical Missionary

“Producing animals for sale is a greedy and callous business in a world where there is a critical and chronic shortage of good homes for dogs, cats, and other animals, and the only ‘responsible breeders’ are ones who, upon learning about their contribution to the overpopulation crisis, spay or neuter their animals, and get out of the business all together.” – PETA, Animal Rights Uncompromised: There’s No Such Thing as a ‘Responsible Breeder’

“You have just dined, and however scrupulously the slaughterhouse is concealed in the graceful distance of miles, there is complicity.” — Ralph Waldo Emerson, essayist

“As long as there are slaughterhouses, there will be battlefields.” — Leo Tolstoy, author

“I cannot fish without falling a little in self-respect…always when I have done I feel it would have been better if I had not fished.”– Henry David Thoreau, author

“Atrocities are no less atrocities when they occur in laboratories and are called medical research.” — George Bernard Shaw

“. . .if we treated animals as they deserve, human inhumanity to humans would stand out all the more appallingly. We might then turn our attention to the next step beyond human civilization: humane civilization. Justice for all.” — Carl Safina, Beyond Words: What Animals Think and Feel, p. 411.